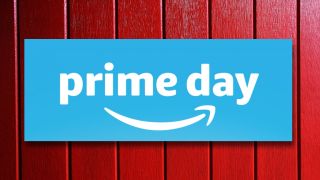 Despite the absence of Amazon Prime Day in July, the retail giant is gearing up to deliver its monster online shopping event on 1St 3 and 14 October, and we’re going to tell you everything there is to know right here. We’ve got the latest info on where you can expect to find the best Prime Day guitar deals, not only on Amazon, but on other music sites too.

We’d be pretty surprised if you’ve never heard of Amazon Prime Day. Over 175 million items were sold during Amazon Prime Day 2019 and there was a huge buzz online. Deals ranged from Amazon Echo devices to music streaming subscriptions and headphones.

While Prime Day is typically aimed at giving Amazon Prime members exclusive deals on tech and household items, you can expect to see some great deals on guitars, amps, pedals and accessories, too.

Last year the biggest offer on Amazon was a 30% discount applied to 106 acoustic, electric and bass guitar models from D’Angelico, plus discounts on guitar accessories and gadgets. With such big savings, those guitars flew off the shelves. We’ll be on the lookout for even more great Prime Day guitar deals this year, and not just from Amazon; we’re crossing our fingers for deals from Sweetwater, Pro Audio Star, Guitar Center and Musician’s Friend, too.

When is Prime Day?

Usually Prime Day takes place in July. In 2019 it ran from July 15 to 16 (that’s right Prime Day is actually a 48-hour run of deals, sales and discounts). This year it has been confirmed for 13 and 14 October.

Do you need an Amazon Prime subscription?

If you want to take advantage of Amazon’s own Prime Day guitar deals then yes. You can currently sign up to an Amazon Prime free trial. You could do this closer to Prime Day, pick up a bargain and then cancel your trial straight after. Being a Prime Member does have its perks though – faster delivery, exclusive deals and access to Prime Video.

We’d put our money on there being some fantastic deals this year. Last year’s Amazon-only 30% of 106 D’Angelico models offer was amazing, but there were plenty of discounts to be had on other sites too, with money off everything from amps and pedals, to strings, wireless systems and more.

With so many people turning to the guitar during lockdown, we’d be surprised if the big retailers don't cater to this influx of new and returning guitarists with some top Prime Day guitar deals.

Will any other music shops offer Prime Day guitar deals?

As well as Amazon, in 2019 we saw deals from Fender Play, Musician’s Friend and Guitar Center, plus Walmart and Best Buy. If Sweetwater and Pro Audio Star get in on the action this October too, we’re in for one hell of a guitar sale.

What else can I buy on Prime Day?

With Prime Day being an Amazon invention, naturally it's the time to get big money off Amazon's own products, too. If you've been thinking about picking up an Echo device or smart speaker, then Prime Day is you chance to score big money off. We're hoping to see the prices drop on the amazing Amazon Echo Studio, right down to the compact  Echo Dot. Last year Amazon was even giving away smart speaker bundles that included free subscriptions to their Music Unlimited streaming service.

Save 30% off 106 D'Angelico electric/acoustic/bass guitars
This was by far the best Amazon Prime Day deal of 2019. D'Angelico slashed 30% off a huge range of electric, acoustic and bass guitars!View Deal

Supro Jamesport electric guitar: , now $519
This retro-vibed single-pickup number is one of the highlights of Supro’s guitar range, boasting a Gold Foil designed to capture those classic blues-rock vibes. On prime Day 2019 it was available with a monster $380 discount.View Deal

Learn the guitar with Fender Play. Get 50% off here
The Fender Play learning platform is one of the easiest and most affordable ways to learn to play guitar – and it became even cheaper on Prime Day last year with 50% off an annual plan, bringing the monthly price down to just $4.99/£4.79.View Deal

Fender PM-TE travel acoustic guitar. , now $369
An huge 47% discount made this one of the best acoustic deals of Prime Day 2019. Fender's top-spec travel guitar boasts a solid Sitka spruce top and solid mahogany back and sides, plus a Fender/Fishman-designed preamp – it comes with a hardcase too!View Deal

Ibanez AVM10 Artwood Vintage: Now just $369
If you were in the market for a summer strummer this Ibanez acoustic became even more affordable on Prime Day. The guitar boasts a Thermo Aged solid Sitka spruce top, rosewood fingerboard and Grover open-gear tuners.View Deal

Line 6 Firehawk 1500 stereo combo Was $999, now $799
This six-speaker stereo amp is designed to perfectly replicate its vast array of onboard effects, which can be controlled via Bluetooth. Selling for $799 at Musician's Friend, it made for a nicely priced one-stop guitar tone shop.View Deal

Egnater Tweaker 112 15W tube combo Just $499
One of the most versatile 1x12 tube combos on the market, the Tweaker boasts five toggle switches to change the amp’s character, spanning sparkly cleans to high-gain rock. On Prime Day it was available with $100 off at Musician's Friend!View Deal

Catalinbread NiCompressor: , now $209
The NiCompressor’s tone-shaping capabilities are what looks to set it apart from other compressors: bass and treble controls are on hand for tonal fattening, as is a gain control to add grit. This deal was available at ZzoundsView Deal

Ernie Ball Slinky Nickel Wound (3 pack). 62% discount
You can never have too many packs of strings, and Prime Day was the time to stock up, with a massive 62% off a three-pack of Ernie Ball Slinky strings at Amazon.View Deal