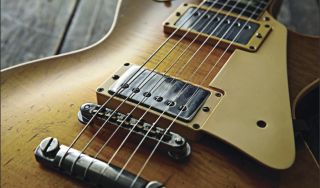 Tell Alex Trebek you’re diving into the “They Don’t Make ’Em Like They Used To” column and you can bet the $1,000 answer is going to be, “What are electric guitar pickups?”

Amid all the talk of old wood, nitrocellulose lacquer and handcrafting that populates any confab about old guitars, vintage pickups inevitably play a starring role. Since so many players have concluded that prized vintage guitars are indubitably awesome and few instruments made today can come close, you simply have to stir in the fact that pickups play a major part in the tone of any electric guitar to conclude that vintage pickups must, ipso facto, be likewise awesome.

For many years, sure, that was probably true - and for a couple of reasons. First, many of the makers of the original classics really did mislay the formula, or gradually lose track of it at least, until their pickups no longer did the things that got people most excited about them in the first place.

In many cases, the most desirable vintage specs were superseded bit by bit in an effort to make “improvements,” or simply to achieve economies of mass production. While all of this was happening, major players such as Fender, Gibson and Gretsch all passed into the hands of new owners, closed the original factories where these hallowed pickups were wound, and moved to new premises - sometimes changing machines and processes along the way.

Meanwhile, new suppliers came along, metal and magnet and wire formulas were subtly altered, and ever so gradually it all evolved to a different place.

And before even getting to the “secondly” part, it’s important to accept at this juncture that not all vintage pickups are mindblowing. Not even all PAFs, or pre-CBS Strat or Tele pickups, whatever they are worth as collectibles, are great pickups by any standard.

In many cases, the pickups from major makers did become more consistent over the years; at the same time, they often lost much of the indefinable magic of the very best examples of their predecessors, but arguably they beat out some of the vintage dogs, too.

Now, secondly: In the early years of the replacement-pickup industry (call it late ’60s to early ’80s) players were less interested in vintage specs. More often they wanted hotter, louder and more sustaining, so that’s what was pursued.

If you wanted vintage spec, you could still get the original guitar for reasonable money, or find a pulled pickup in a repair guy’s parts bin after it had been replaced by an overwound ceramic-mag unit.

Today, a good couple of decades into a more heated pursuit of the vintage mojo, many pickup makers really are achieving something very close to what the best vintage pickups can give you (while contemporary guitar makers, I’d argue, are also making better guitars than ever before).

After considerable dedicated analysis of magnet materials, winding patterns, bobbin and base-plate construction, and other details, plenty of movers in the industry - Lindy Fralin, Jason Lollar, Seymour Duncan, DiMarzio, J.M. Rolph and several others - cracked the code on vintage Fender single-coils pretty early on, and several shops have continued to further improve these in more recent years.

Even while this was happening, word on the street was that no one would ever nail the enigmatic magic of the legendary Gibson humbuckers of ’57-’62 until several guys started to come very close, and arguably even got there.

Today, makers like Arcane, Gil Yaron, Sheptone, Throbak, Wolfetone, Tim Shaw and several of those already mentioned are putting out humbuckers that get you a long way toward the PAF’s legendary depth, bite and dimension.

Is there magic in some vintage pickups? Sure, but not because of any mystical fairy dust sprinkled between the windings in Fullerton or Kalamazoo.

The better of those pickups sound great for very quantifiable reasons, and intelligent contemporary engineers often come extremely close to replicating these sounds. If you need to restore an original ’58-’60 ’Burst to factory spec, then by all means, rip out the high-gain replacements some guy wired up in the ’70s and track down a $5k set of PAFs.

But if you’re just desperate to cop that tone in a contemporary guitar - or vintage-certified Tele, Strat, Gretsch or whatever - save yourself some massive cash and explore any of several highly skilled pickup makers that are at work today.