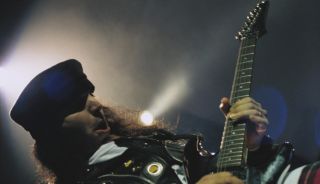 The first episode of the series, which will air today, May 4, at 11 a.m PT, will find Satriani revisiting the making of his 1992 album, The Extremist, and discussing what made that album in particular so special for him.

Recorded in Los Angeles with producer Andy Johns and the Bissonnette brothers, the album - which features Satch favorites "Summer Song" and "Cryin'" - was one of the guitar legend's most commercially successful efforts, and remains one of his most beloved overall.

To learn more about the series, and to watch the first episode, head on over to joesatriani.com.