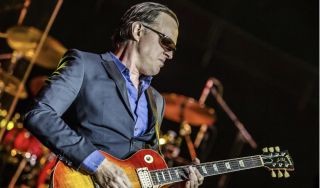 You can check out the album's first single, “Why Does It Take So Long To Say Goodbye," below.

“Writing this record in London has done its job,” Bonamassa said in a press release. “It really does sound inherently British. Bernie and I, we finish each other’s sentences. We’re cut from the same cloth.”

Royal Tea - which was produced by longtime Bonamassa producer Kevin Shirley - is set for an October 23 release via Provogue/J&R Adventures.

For more on Bonamassa and his music, head on over to jbonamassa.com.