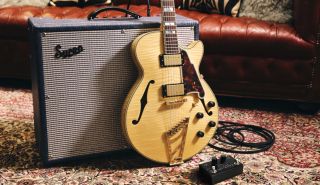 D'Angelico Guitars has announced its acquisition of Supro USA and Pigtronix.

Their geographic proximity to the New York City-based D'Angelico also played a key role in the acquisition, according to the storied guitar manufacturer.

“All three companies having a home base in New York just amplifies the harmony these brands already share,” said D’Angelico COO Jimmy Lovinggood.

The three companies are already working on company restructuring, and a revised product plan for 2021.

For more info on the acquisition, go to dangelicoguitars.com.